The beautifully-named city of Nakhodka sits in the south of the Russian Far East. Visit once and you will want to come back again and again to enjoy the beauty of the bay, the “Brat and Sestra” hills, and the feeling of standing at the edge of the earth.

Such an unusual name the bay was given by the crew of the Russian steamship “America”, which on the night of 17th to 18th of June 1859 opened a convenient deep-water harbor, sheltered from all winds with a large cape. It is unlikely that we will know which crew member uttered the historic phrase “What a find!”, — but it is clear that this bay was a successful discovery for Russia. Even then, the future of Nakhodka as a large seaport was predicted.

Time passed and Nakhodka became an international port in the Pacific Ocean with rich maritime traditions, which date back to the seamen of the steamship “America”. This fastest ship of the Siberian Flotilla contributed greatly to the discovery and exploration of the shores of Southern Primorye. The historic expedition of June, 1859 headed by the governor-general of the Eastern Siberia Count Nikolai Muravyov-Amursky started a chain of geographic discoveries. His excellency entrusted the captain of the best ship of the Siberian flotilla to the young 26-year-old Lieutenant-Captain Alexander Boltin (1832–1901). He promoted to the rank of captain, was awarded the Order of St. Anna the 3rd and the 2nd degrees for special work and dedication in joining the Amur region to Russia, and for his diligent service.

For a long time, Boltin’s name was undeservedly forgotten. Not a single map had a geographical feature named after him. Not a single city has a memorial site dedicated to him. Meanwhile, Captain Boltin has left an indelible mark on the history of Primorye. He served on ships of the Siberian flotilla for 10 years. For 8 of them he commanded the “America” and contributed greatly to the discovery and study of the Far East coast. Alexander. Boltin — naval officer, participant of expeditions, discoverer of bays and gulfs of Southern Primorye, artist. For the last few years people in Nakhodka have been discussing the idea of placing a monument to him. And on 17th of September, 2021 the first public event took place in Nakhodka in the new Captain’s Park near the monument to Alexander Boltin. 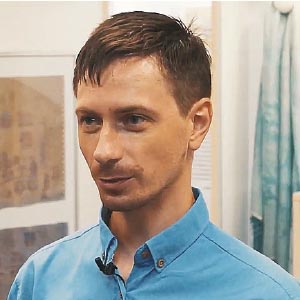 The author of the monument to Alexander Boltin was sculptor Pyotr Chegodaev from Vladivostok. He is well known in Primorye for his other works: monuments to Vladimir Vysotsky and Anton Chekhov in Vladivostok, and the sculpture “Playing Tigers” in Moscow. Nakhodka is a special place for the sculptor. It was there that Pyotr graduated from art school and received his first award as a graphic artist. In parallel with his studies at the Far Eastern State Technical University in the Department of Design of Architectural Environment Chegodaev actively studied computer graphics. The monument to Alexander Boltin demanded to combine classic and modern technologies. At first, Chegodaev created a digital model on the computer and “cast” it from plastic using a special 3D printer. Then a 480-kilogram sculpture was cast in bronze from the plastic model. The use of digital technology and 3D printer help to achieve a highly realistic image: you can see every detail, down to the seams on the clothes. In the case of the monument to Alexander Boltin, this was particularly important because the concept was developed using photographs from the personal archives of the captain’s descendants.

The project of its creation was initiated by the honourable resident of Nakhodka Gladkikh Boris, and it was carried out under the leadership of the deputy head of Nakhodka City District Yana Kudinova. The author of the sculpture was a talented Russian sculptor, architect-designer Pyotor Chegodaev. 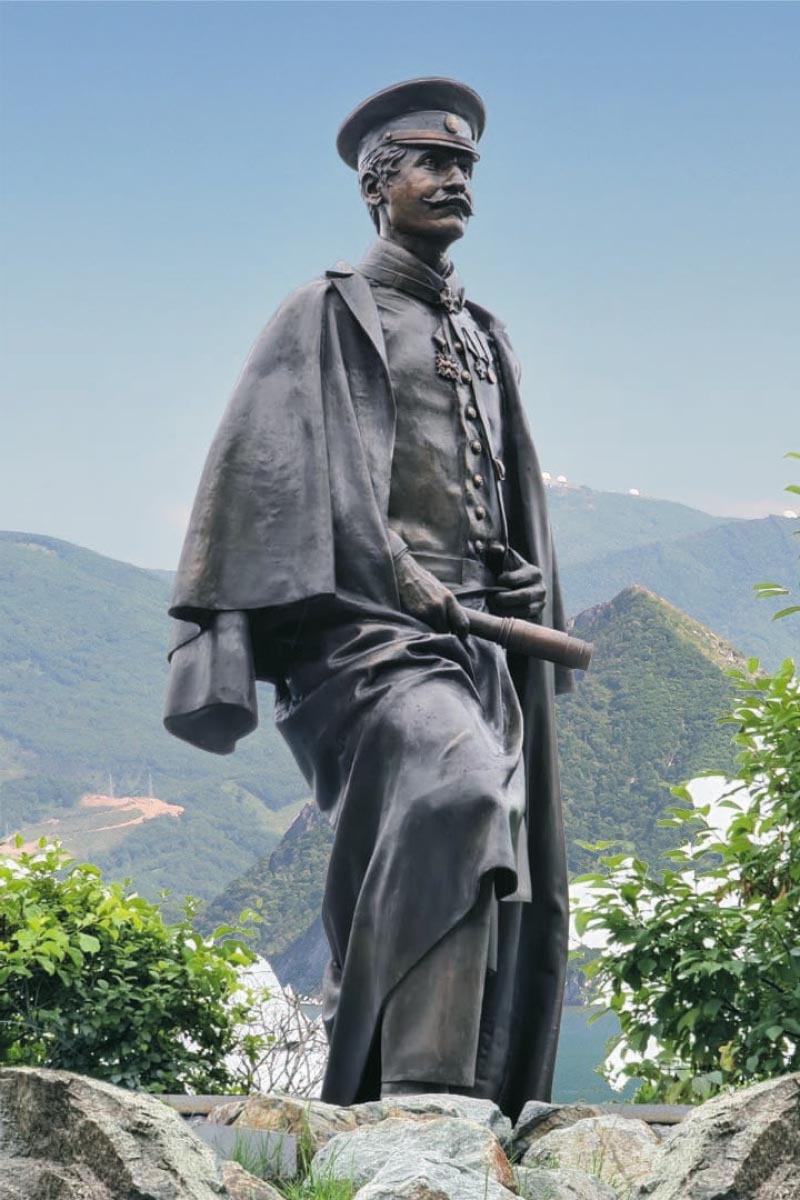 Employees of the Museum and Exhibition Centre of Nakhodka and Primorsky Regional Local History Youth Public Organization “Clio” provided consultative assistance in creating a historical image of the monument. Research on Captain Boltin has been carried out since 1993 in the archives of Saint-Petersburg, Moscow and Odessa. Museum staff spoke about all that at the historical exhibition dedicated to Alexander Boltin and his contribution to the discovery and development of the Far East in the Kapitan park.

On the same day, September 17, 2021, the Nakhodka Museum and Exhibition Centre hosted a grand opening of a photo exhibition entitled “Intercultural Dialogue as an Imperative for World Heritage Preservation”, which was organized in the framework of preparations for the 45th session of the UNESCO World Heritage Committee (WHC) in Kazan (June 2022). Photographs of the venues of the 45th session of the World Heritage Committee — the Republic of Tatarstan, Krasnodar Territory and Saint-Petersburg — were on display.

In Nakhodka, there is a new public space — Captain’s Park with a monument to Alexander Boltin. This means that interest in maritime history and the traditions of great geographical discoveries in the Far East is being revived. We hope that new historical discoveries related to the fate of Alexander Boltin and his legendary steamship “America” await us.

Maria Nurgalieva, director of the Museum and Exhibition Centre of Nakhodka, member of the Society for Study of the Amur Region of the Russian Geographical Society