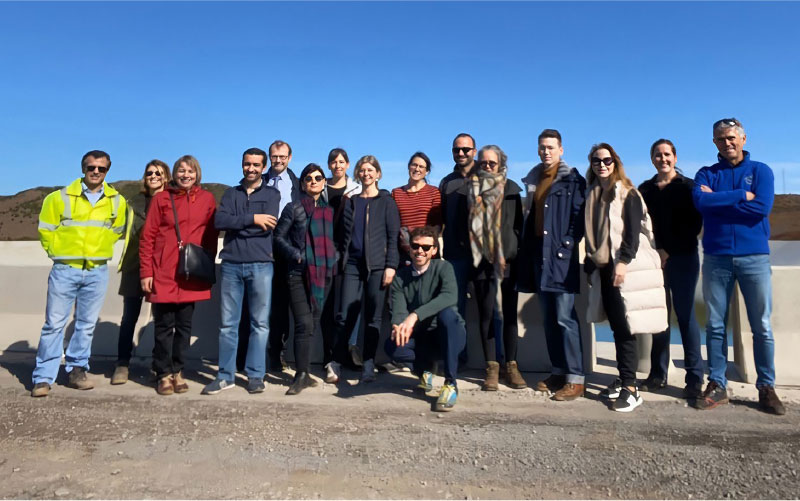 Guide to working with green energy near UNESCO Sites

Specialists from six countries have started working on a document that will help to avoid risks in the construction of energy facilities of a new generation. The guide will be released in 2021.

If before the picturesque and vibrant Portuguese city of Funchal, the capital of the island of eternal spring Madeira, was known mostly to football fans as the birthplace of Cristiano Ronaldo, then now this city will go down in history as a place where the foundations of green energy were laid, and where its interaction with UNESCO Sites began.

It was Funchal that on February 13–14, 2020 welcomed professionals from different countries, specialized in the construction of power plants, and those, who protect the most important monuments of history, culture, architecture. A seminar, on which the development of the official guidelines for the construction and maintenance of power plants based on renewable energy near World Heritage Sites was discussed, was held in Funchal.

The participants of the event were experienced subject-matter experts from Russia, Germany, Belgium, the Netherlands, and other countries.

Russia has previously had the experience of working with green energy near UNESCO Sites. Daniil Butorin, a researcher at the World Heritage Department of the International Cooperation of the Russian Scientific Research Institute for Cultural and Natural Heritage named after Dmitri Likhachov, told about this experience to the participants of the seminar.

He compared the expected effect of energy projects, based on the use of alternative and renewable energy sources, in particular wind, on the two World Heritage Sites — the Cultural and Historic Ensemble of the Solovetsky Islands and the Historical Center of Kronstadt.

According to Daniil Butorin, the majority of cultural World Heritage Sites in Russia are located quite close to cities and energy complexes, which makes it possible to meet the electricity needs of these cultural objects. The objects that are located on islands such as, for example, Solovki and Kronstadt, make an exception. And in each case the effect and impact from the alternative power plants on World Heritage Sites would be different.

“For example, in the case of the Solovetsky Islands, the installation of a wind power station would lead to a negative impact on the valuable characteristics of the cultural objects on the islands, so this project had to be abandoned. In Kronstadt, on the contrary, the installation of wind power stations will help to increase the level of energy independence from the city without damaging or compromising the protected visual panoramas of the World Heritage Site”, said Daniil Butorin.

Portugal, as the host country, showed the participants the sights of Madeira, in particular, the Pico da Urze Natural Park and, most importantly, the new hydroelectric power station of the municipality of Calheta. This fascinating and beautiful town is very popular among tourists from all over the world, and that is why here it is equally important to solve several problems at once: to work on the preservation of historical and cultural heritage, to provide an uninterrupted supply of electricity and drinking water.

A special characteristic of the Calheta hydroelectric power station is that the reservoir, with a volume of 1021 thousand m³, is filled by the pumps powered by wind power plants. Therefore, it is possible first to accumulate wind energy and then compensate with this energy the fluctuations in electricity supply caused by the inconsistent weather conditions during the work of solar and wind power plants in the climate conditions of the island.

Gathered for the seminar specialists noted that during the construction of the Calheta hydroelectric power station maximum efforts were made to reduce the anthropogenic impact on the landscape — the ground, dug out during the construction of the reservoir basin, was used to create crop areas near the hydroelectric power station.

Besides contributing to the island’s energetic stability and reducing carbon dioxide emissions, hydropower plants are becoming an additional source of freshwater, necessary for supplying residents with drinking water as well as agriculture and fire fighting.

The participants of the Funchal seminar held a group session to identify the key perspectives and theses necessary to be included in the future guidelines on working with green energy near UNESCO Sites. First of all, it is necessary to create an assessment of the impact of the green energy infrastructure projects on World Heritage Sites, developing a model of interaction with all the interested parties — different energy companies, managers of World Heritage Sites, local communities, and states.

All the work accomplished will be summarized in an interim document that will be distributed among the seminar participants for the further development of the document in March 2020.

An expert seminar for finishing the second part of the interim document will be held in April of this year. It is expected that the final step in the development of the guide for green energy near UNESCO Sites will be the third seminar held again on Madeira Island in March 2021.