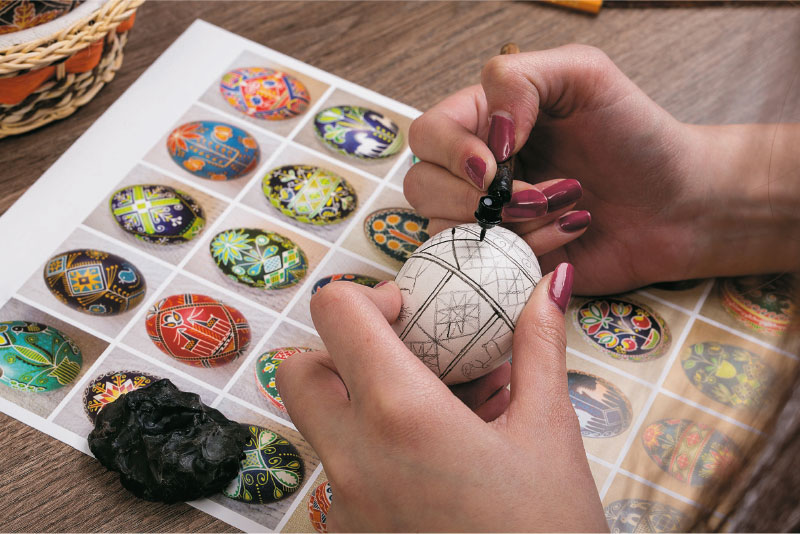 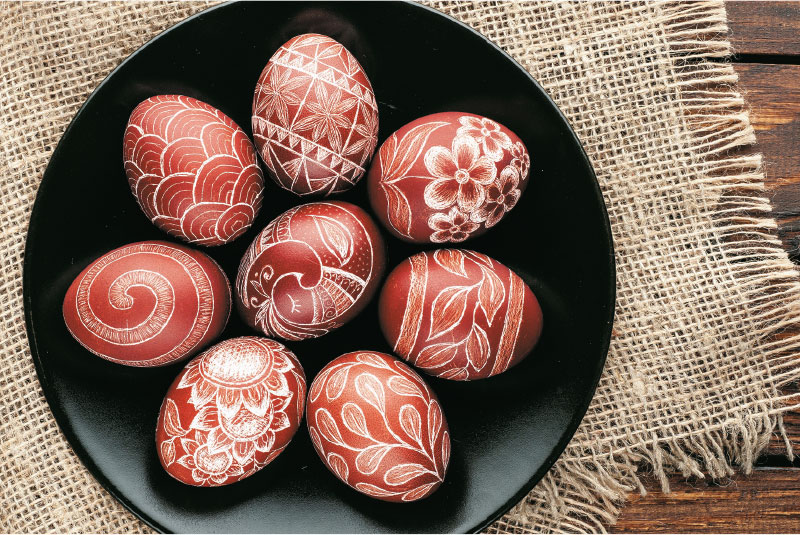 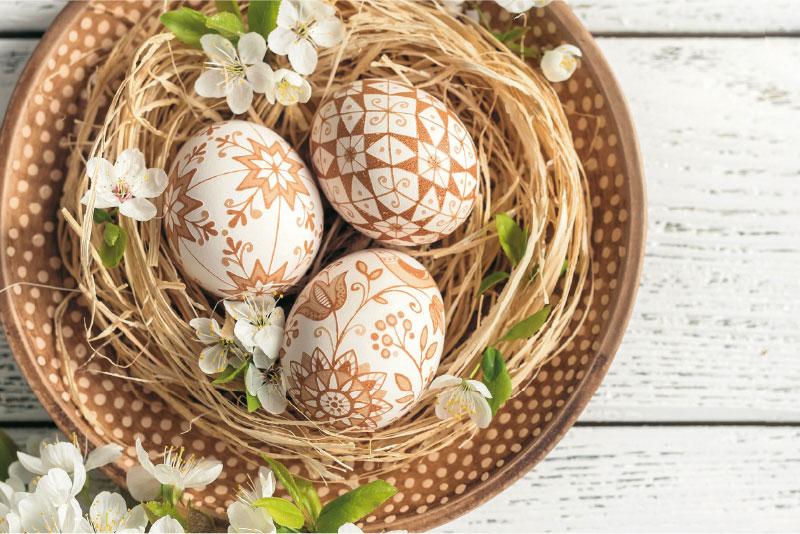 Krashenki, Pisanki and Kraponki — all is about Easter eggs. The tradition of dyeing eggs is much older than сhristianity, it originated in ancient times.

Ancient Egyptians, Greeks and Romans considered an egg as a symbol of the beginning of life. Gold and silver eggs decorated with carvings were discovered by archaeologists in Egyptian burials dating back to the 3rd millennium BC. For the Slavic peoples in the pre-christian period, the egg was a symbol of fertility.

“Since ancient times with Easter kissing and greeting (Christ Is Risen!), believers give each other red eggs. According to a legend this custom owes its beginning to St. Mary Magdalene. She appeared before the Emperor Tiberius, presenting him with a gift, a red egg with “Christ Is Risen!” greeting and with these words she began her sermon.” This is how the history of painted eggs in the Russian Orthodox tradition interpreted in the Brockhaus and Efron Encyclopedic Dictionary.

Our ancestors knew three basic techniques for Easter eggs decorating. Krashenka was an egg stained in one color. Krapanka was an eggs decorated with spots and dots patterns. Pysanka was considered and still is the most complex of the techniques — egg painted with an ornamental symbolic pattern. It is Pysanka that scientists attribute to the most ancient, pre-Christian way of decorating eggs. The main distinguishing feature of this technique is that eggs are not stained but actually painted with wax and paints.

Creating a Pysanka originally was a mystery. The egg was supposed to be taken from under a light-colored hen that is laying her eggs for the first time. Water for making paint applied over wax was taken from springs or thawed snow. A craftswoman carrying this water home couldn’t talk to anyone on her way. But the most important element was the patterns applied to the egg. Each of them had its own meaning, symbolizing something.

Since pre-christian times Cross meant four cardinal points and four seasons. Unmarried girls painted stars on eggs, hoping to meet their fiancée. In the Russian Orthodox tradition, stars are a symbol of the Virgin Mary. Triangles originally symbolized the feminine. Later eggs, decorated with triangles, were given to each other on Easter as amulets to protect hearth from evil forces. Circles and the symbolic image of the sun are still considered a symbol of the human soul.

Colors of the Easter eggs are just as important as the patterns. Red is a symbol of divine resurrection. For young people, it means the hope of a happy marriage. Green is perceived as the awakening of nature in the spring. Yellow promises a good harvest. Blue is a sign of good health. Brown means the life force that a person gets from his native land.

Today, the art of creating a Pysanka is not lost; on the contrary, it has turned modern. The standard is still painting on a chicken egg. First, a pattern is drawn on the shell with a pencil. Than the egg is painted starting with light color to dark. The first layer of wax is applied to a clean shell. Then the egg is immersed in the lightest paint and the part of the pattern that supposed be of this color is covered with wax. Thus, the eggs after each dipping in a coloring are coated with wax in the right spots according to the drawing and immersed in a darker paint consequently. After the final staining, the egg is taken to a candle, the wax is melted and removed using a napkin.