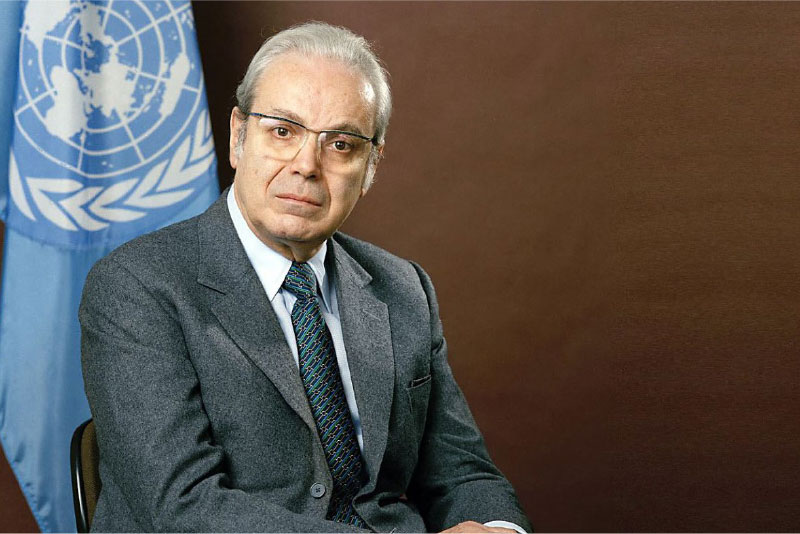 On March 4, Javier Pérez de Cuéllar passed away at the age of 100. He served as the Secretary-General of the United Nations from 1982-1991 and was an outstanding Peruvian diplomat and public official, as well as a great friend of Russia and the Soviet Union.

After receiving a brilliant legal education, Javier Pérez de Cuéllar joined the diplomatic service at only 20 years old. Over the years, he worked in the Peruvian diplomatic missions to France, the UK, Bolivia, and Brazil as part of the legal, administrative, and protocol departments of the Peruvian Ministry of Foreign Affairs. He acted as head of the administrative office and Secretary General in the Foreign Ministry. Javier Pérez de Cuéllar served as the Peruvian ambassador to Switzerland, the USSR (1969-1971), and Venezuela, and was later appointed permanent representative of Peru to the United Nations from 1971 to 1975.

Pérez de Cuellar had an agile and gentle, and therefore highly efficient, negotiating style that caught the attention of Kurt Waldheim, the Secretary-General of the United Nations from 1972-1975. He would therefore be entrusted with important mediation missions to Cyprus and Afghanistan.

Pérez de Cuéllar’s equidistance from the Eastern and Western coalitions, his professional attitude and delicate approach became key to his election as the Secretary-General of the United Nations in 1981. He served two consecutive terms in this high post until the end of 1991. Pérez de Cuéllar made invaluable contributions to the resolution of the Falkland conflict, tensions in the Western Sahara and the Persian Gulf, and the peace-making operation in Lebanon.

After finishing his work with the United Nations, Pérez de Cuéllar held the posts of Prime Minister and Foreign Minister of Peru, and taught international law and the history of foreign affairs at a number of Peruvian universities.

Pérez de Cuéllar spent several years in Moscow and was always a true friend to our country. In 2009, he was awarded the Medal of Pushkin for his contribution to the promotion of the Russian language and culture.

Pérez de Cuéllar is credited with the famous phrase that “UNESCO is the thinking head of the United Nations.” Unsurprisingly, he viewed culture and cultural diversity as cornerstones to sustainable world peace. “The legacy of Javiez Pérez de Cuéllar maintains its full pertinence”, noted UNESCO Director-General Audrey Azoulay, commenting on the death of the famous Peruvian diplomat. And no one can argue with that.