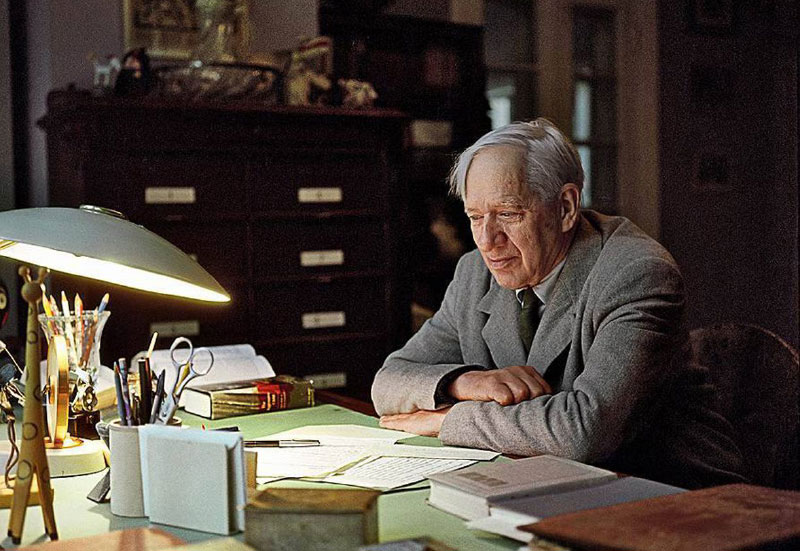 Korney Chukovsky passed away 50 years ago. He has been the most famous and published children’s poet, as well as an outstanding literary critic, translator, editor, literary scholar and a brilliant lecturer. Several generations of children grew up on his poetry and fairy tales. For sixty years he actively participated in the literary life of Russia, and his work is striking in the variety of genres.

At The Beginning Of The Journey

In 1901, a young 20 year old man came to the editorial office of Odessa News newspaper and offered to print his “To the Eternally Young Question” article, where he discussed what art is. Thus began the literary work of Korney Chukovsky.

Korney Chukovsky (real name Nikolai Korneychukov) was born in St. Petersburg in 1882, spent his childhood in Odessa, and studied at the gymnasium (secondary school) there. The family was poor, and after the fifth grade the young man had to leave school and work his own way into life. Working as a house painter, Chukovsky devoted every free minute to reading books and self-education. In particular he memorized words and composed phrases in English using an English language tutorial he had bought at a local market. Unfortunately there was no transcription section in the book, and Chukovsky pronounced the words as they were spelled. It did not stop him in 1903 from traveling to London as a correspondent for Odessa News, and subsequently becoming one of the country’s leading translators. Korney Chukovsky opened to Russian readers Walt Whitman, Rudyard Kipling, Oscar Wilde, translated Mark Twain, Gilbert Chesterton, O. Henry, Arthur Conan Doyle, and William Shakespeare. He rewrote for children the works of Daniel Defoe, Rudolf Erich Raspe, James Greenwood. Chukovsky was awarded the Honorary Doctorate of Literature at Oxford University, although at first Englishmen had difficulty understanding the English of the future translator.

Korney Chukovsky began to study how children talk, when he already a well-known literary scholar and critic. In 1907, his “Children’s Language” work, and in 1916 the first poetic fairytale “Crocodile” were published. The most “kiddy” period of Chukovsky’s work falls on the 1920s and 1930s. “Tsokotukha the Fly”, “Miracle-tree”, “Confusion”, “What Mura did”, “Barmaley”, “Phone” “Fedorino Gora”, “Aibolit”, “The Stolen Sun”, “Toptygin and the Fox” appear one after another. Observing the little readers, Chukovsky came to the conclusion that “in the child’s mind, happiness is the norm of life,” and there is not a single fairy tale that would not have a happy end, where good always conquers evil. Each piece prepares young readers for adulthood: in a joking manner, the author tries to teach children to value family and friends, to help, to be responsible for their actions. Fairy Tales of Chukovsky create a special world inhabited by animals and objects than come alive and are constantly on the move, just like the small reader who is learning the world. The characters speak very simple and easy-to-remember phrases, and the plot is designed so that from the very first lines the child becomes part of this fairy-tale world — they play, repeat, fantasize, in one word — they develop.

Happiness Is To Be Needed

At the very beginning of his career, Chukovsky worked, as he said, in “a thousand publications”, his first books were composed of articles and were very popular. A lot of literary portraits of his contemporaries came from under the pen of Chukovsky-critic. As a literary critic Korney Chukovsky studied the works of Anton Chekhov, Nikolay Nekrasov and several other writers. All his works for children are also the result of many years of pedagogical, linguistic and psychological research. It is this genre that will become a landmark on the long literary path of Chukovsky. Chukovsky would have grateful readers to whom he gave his heart and helped preserve their soul alive: “I am afraid that the whole of Russia knows the Crocodile by heart. I am afraid it when I die, the “Author of the Crocodile” will be inscribed on my grave stone.”