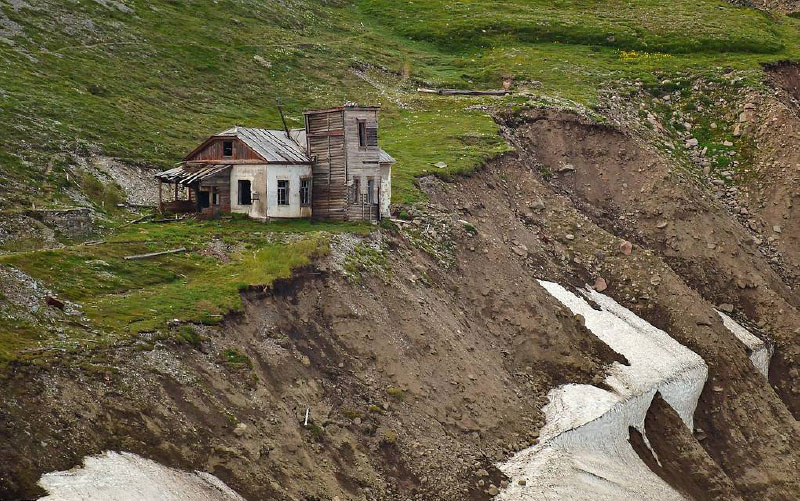 The Eskimo culture is one of the oldest in the world. Arctic sea hunters have left us intangible heritage such as traditions of bone-cutting craft, ways of hunting sea animals, and folklore, as well as unique material evidence including necropolises, settlements, and artifacts. The permafrost preserved the original creations of the ancient civilization which revolved around hunting of large mammals — whales and pinnipeds, while the memory of the descendants still retains the tales, legends, songs and rituals of this indigenous northern people.

The application includes monuments of the Dezhnevsky massif — the settlement and burial ground of Ekven, as well as Nunak and Naukan settlements. They are in satisfactory condition, the integrity and authenticity of standalone elements are intact, and the attributes of outstanding universal value are well preserved and presented.

The research during the preparation of the application to the Tentative List was carried out by the team of the World Heritage and International Cooperation Department of the Russian Research Institute of Cultural and Natural Heritage named after Dmitry Likhachev (Heritage Institute) with the support of the Chukchi Archaeological Expedition of the State Museum of Oriental Art.

Currently, the Heritage Institute team is working on a nomination profile for this unique site