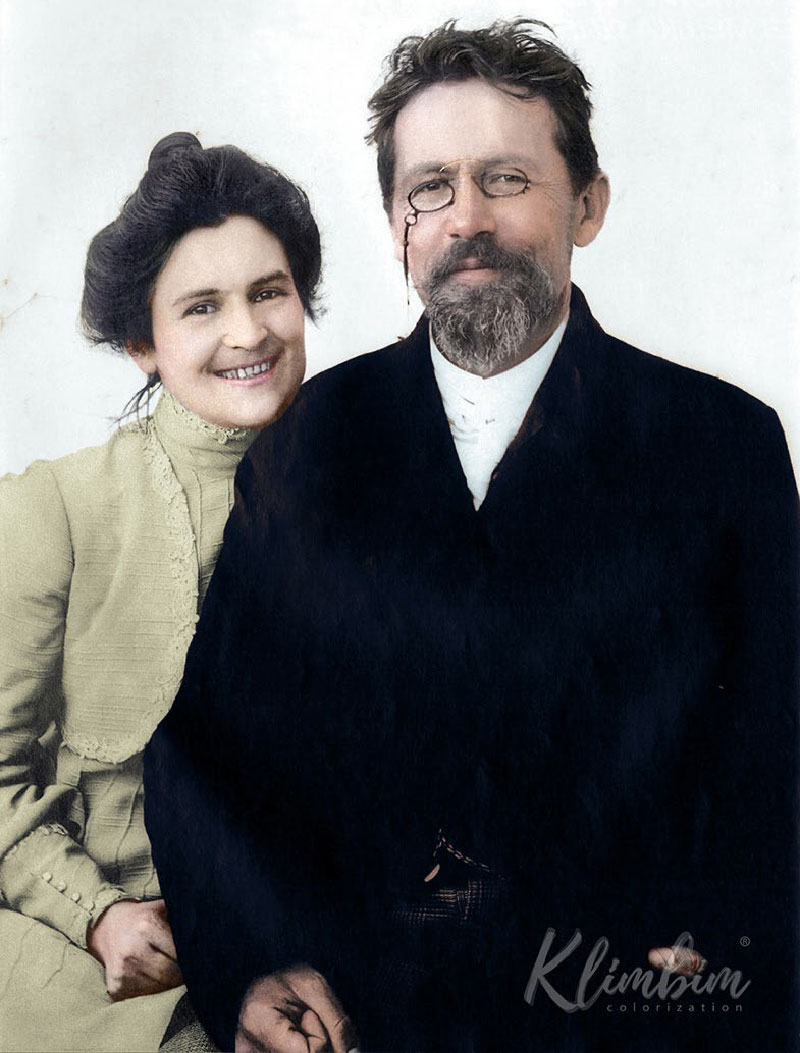 Leo Tolstoy called him the “inimitable painter of life”. Ivan Bunin admitted that “God gave him very sharp eyes”. Chekhov himself wrote to one of his editors: “You need my biography? Here it is. I was born in Taganrog in 1860. In 1891, I made a tour across Europe where I drank marvellous wine and ate oysters. I stated writing in 1879. I also have indulged myself in playwriting, albeit moderately. But this is all nonsense. Write whatever you wish. If you don’t have enough facts, substitute them with lyrics.” It seems that now we know all the facts from Chekhov’s biography, but he still remains one of the most mysterious Russian authors.

Author of more than 500 works including short stories, novels, plays and articles, Anton Chekhov was the third child of a merchant from Taganrog Pavel Chekhov. The family had six children, five sons and a daughter. Childhood was one of the toughest periods in Chekhov’s life — he woke up early, sang in a church choir, worked hard at his father’s shop, and was punished for slightest disobedience. “Write a story about a young man, a son of an indentured servant, a former tradesman, a choirboy, a grammar school-boy and a student, brought up in respect for the rank, kissing of clergy’s hands, admiration for other people’s thoughts, thankful for every piece of bread, beaten many times, walking to school without his overshoes, who fought, tortured animals, loved to dine at his rich relatives, hypocritical in the face of God and people for no reason, only because he realized his nullity. Write about this man who, drop by drop, squeezes the slave’s blood out of himself until he wakes one day to find the blood of a real human being — not a slave’s — coursing through his veins”, — this abstract from Chekhov’s letter to a publisher Alexey Suvorin presents a vivid account of the writer’s early years. Meanwhile the expression ‘to squeeze the slave’s blood out of oneself drop by drop’ became not only a quote but also a nation’s cultural code. And we can find plenty such codes in Chekhov’s works.

‘All sorts of nonsense’, ‘petty rubbish’, ‘gallipot with vinegar’ — Anton Chekhov came up with a great number of derogatory terms for his literary works. After all, he obtained a respectable profession of a doctor. In 1876, his father went bankrupt and fled from creditors to Moscow. Three years later, his son Anton graduated from grammar school and also moved to Moscow, where he entered the medical department of the Moscow University. Already¬ as a student, he started to write and publish his humorous stories at various magazines. As if he wanted to underscore his casual attitude towards writing, he published them under pen names such as ‘Antosha Chekhonte’, ‘A Man Without a Spleen’, ‘My Brother’s Brother’, and so on. His stories were very popular among the readers, but Chekhov still saw himself as a doctor, not a writer. Acquaintance with Alexey Suvorin, publisher of Novoye Vremya (New Times) magazine, changed his life. He published several short stories, unveiling Chekhov’s writing talent to the readers. A short novel Steppe and a play Ivanov became ultimate proof that doctor Chekhov is an outstanding master of literature.

UNESCO’s online database Index Translationum compiled a list of most translated Russian writers. Anton Chekhov not just made it in the top-10; he came third, trailing only to Fyodor Dostoyevsky and Leo Tolstoy. Chekhov himself did not believe that the future generations would be so interested in him and wrote to his friend Tatyana Shchepkina-Kupernik: “They will read me for around seven years, maybe seven and a half, and then they will forget me”.

For many generations, Chekhov is inevitable part of school curriculum. It seems that we know everything about him. He was a superb doctor and was true to his occupation throughout his life, and he treated poor people for free. He committed a heroic deed by visiting Sakhalin. Back then, the only way one would get to Sakhalin was by being deported there. Chekhov went there at his own free will, and more than that — he even conducted a census there. He easily fell in love and married an actress Olga Knipper, who outlived her husband by half a century. He disliked his plays, but they became the foundation for the Moscow Art Theatre created by Stanislavsky and Nemirovich-Danchenko. All his life he suffered from tuberculosis that eventually killed him at a very young age, when he was only 44 years old. Any Russian, even out of touch with literature, knows the titles of some of Chekhov’s works.

Is that it? But how did he became famous during his lifetime while many writers do not enjoy recognition by their contemporaries? Why in our time Chekhov holds absolute record for the number of adaptations for TV and large screen? According to estimates, over 300 of his works have been adapted for cinema globally. And you will hardly find a drama theatre in any country that does not stage Uncle Vanya or The Cherry Orchard. What draws the contemporary French or Italian audiences to the plays that seem so profoundly ‘Russian’?

What Chekhov believed to be ‘gallipot with vinegar’, turned out to be a milestone in literature of the late 19th — early 20th century. Unlike most major writers of that time, Anton Chekhov did not praise or denounce his characters, did not draw distinction between good and evil ones, did not preach about life but showed it instead. There are no heroes in his writings, only ordinary people. In any story, short novel or play readers can recognize themselves, their friends or relatives. Chekhov gave the best description of his approach to playwriting as well as literature: “They demand that the hero, the heroine are scenically effective. But in real life, people don’t shoot or hang themselves and don’t declare love every other minute. And not every other minute do they say clever things. They mostly eat, drink, fool about and talk nonsense. And we need to show it on stage. We need to create a play where people come and go, dine, talk about weather and play cards, but not because the author needs it, but because this is what happens in real life”.

In 2016, China compiled a list of the most popular pieces of classic Russian literature, and Chekhov’s story A Man in the Case is in the top 10. In Spain, Chekhov is one of three Russian writers whose works can be found in every bookstore. In the UK and the USA, he is one of the most widely read writers along with Shakespeare, Bernard Shaw and Oscar Wilde. The most famous contemporary writers share this love for Chekhov. J. Peder Zane, editor of Raleigh News & Observer, surveyed 125 masters of American and British literature, including Jonathan Franzen, Joyce Carol Oates and others, asking them to name 10 most outstanding writers in history. Anton Chekhov came 8th, right between Charles Dickens and Gustave Flaubert.

More than a hundred years have passed since the death of Anton Chekhov in 1904, and we still remain characters in his works, we speak the language that he created for us. We squeeze the slave’s blood out of ourselves drop by drop, strive to become the people who, as Chekhov said, “should be beautiful in every way — in their faces, in the way they dress, in their thoughts, and in their innermost selves…”

The phenomenon of Chekhov’s plays remains a mystery. Written in a clear and simple language, they are filled with an endless number of meanings, almost every sentence in them has become a quote, they are like stories and novels. The Russians use the phrase “to Moscow, to Moscow” from Three Sisters to describe dreams, the character Firs from The Cherry Orchard — talking about someone abandoned and useless. Every major theatrical director turned to the Russian genius at least once in his life. For some, Three Sisters became a story about boredom and vulgarity of provincial life, for others — a play about the desire for change, for yet others — about people who do not hear and do not understand those who are close to them. Let alone the abundance of interpretations of Uncle Vanya or The Seagull!

Olga Kpinner-Chekhova used to recall Chekhov’s last words: “It’s been a long time since I drank champagne”. Now it seems like a quote from one of his plays. As for us, Chekhov’s successors, we still eat, drink, fool about, talk nonsense, sometimes say something clever, and keep doing that until the curtain goes down.