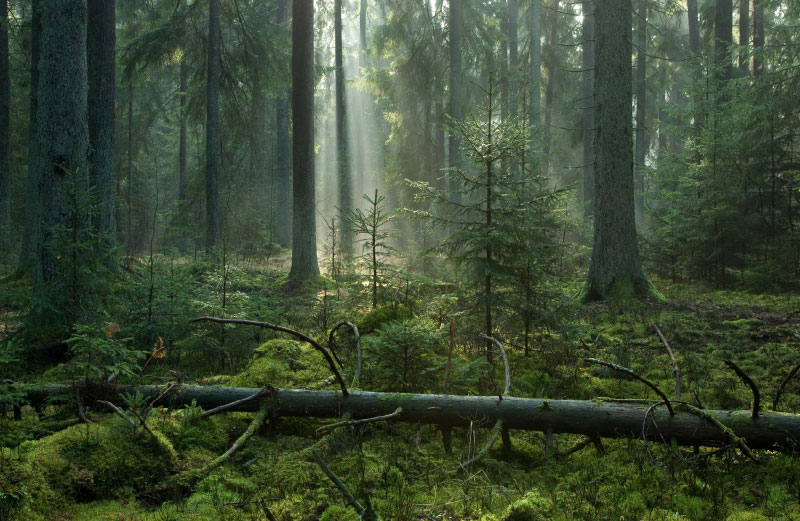 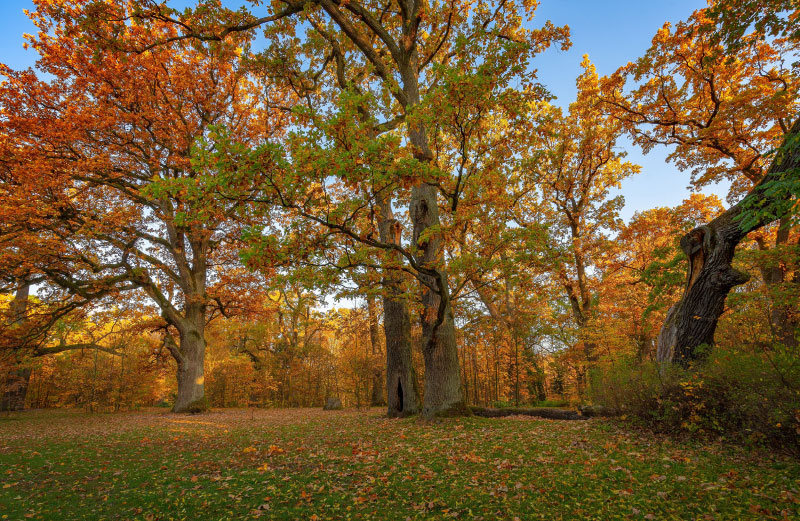 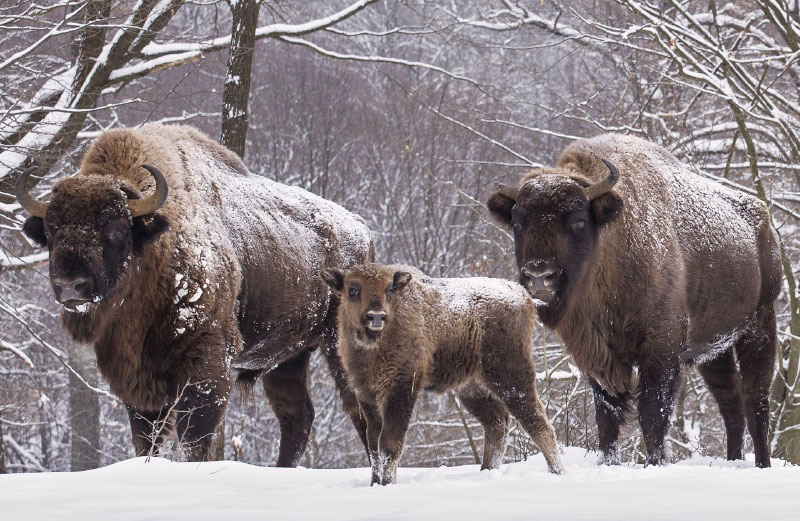 This UNESCO World Heritage Site is located on the border of the Republic of Poland and the Republic of Belarus. Białowieża Forests combine unique broad-leaved forests and coniferous evergreen forests. Therefore, it is considered a surviving island of the vegetation that previously existed all throughout Europe. Rare species of birds and animals have been preserved here to this day, and, what is the most important, the largest population of wild bison lives in Białowieża Forests. All that due to the fact that natural processes in this protected area take place continuously for several millennia.

Since 1944, the forest has been divided by the state border into two parts between Poland and Belarus. On the Belarusian side, it is under protection and is currently part of the Białowieża Forests National Park. The Polish part is managed by the Białowieża National Park and the State Forests of Poland. In 1976, within the framework of the UNESCO’s Man and the Biosphere Programme (MAB), the Białowieża Biosphere Reserve was created in the Polish part of the forest. In 1979, it was included on the UNESCO World Heritage List. Since 1992, the site protected by the International Organization has been expanded by the Belarusian part of the forest and has become cross-border site. In 2014, a joint cross-border UNESCO World Heritage Site was created called Białowieża Forest, Belarus, Poland. Today it is an ancient primeval forest with an area of about 140 thousand hectares on both sides of the state border. Immense territory like this can guarantee the continuity of natural processes; create favorable conditions for the conservation of a large number of plants and animals that form a unique diversity of ecosystems. The mosaic of natural phenomena and their dynamics, richness and diversity of habitats are of great international importance for the existence of numerous species of flora and fauna characteristic of the natural forest ecosystems of the temperate climate zone of Europe.

In Białowieża Forest, on both sides of the state border, over 60 thousand hectares are under a strict security regime — with the prohibition of all types of economic activity. The strict security area is surrounded by a buffer zone with an area of over 100 thousand hectares, that also has various restrictions on economic use. Today Białowieża Forest is the best example of a large natural site in the middle of lowland Europe, in which ecological and biological processes in the evolution and development of forest have been going on for a long time under natural conditions.
For a long time, climatic conditions and biological processes have been the main factors that shaped the ecosystems of the Białowieża Forest. Due to restrictions on access and business activities, its natural complexes were disturbed to a lesser extent than adjacent territories. That is why the average age of the flora here exceeds 100 years, and for individual trees — 300–400 years. Most of the old trees growing in Białowieża Forest differ in their height and diameter from their relatives in Europe.

A significant part of the reserve is a mix of coniferous-deciduous and coniferous forests. A large amount of dead wood at various stages of decomposition is another distinguishing feature of Białowieża Forest. Thus the reserve is an important regional center for the conservation of biological diversity.

Today Białowieża Forest is a place inhabited by populations of ungulate mammals indigenous to Central Europe (with the exception of mountain areas), as well as large predators such as lynx and wolf. Perhaps, the bison is considered to be the most unique representative of the fauna of the reserve. In Białowieża Forest, there are about a thousand animals of this species.
Another unique feature of the Bialowieza Forest is the abundance and diversity of woodpecker species, for example, White-backed and Three-Toed Woodpeckers. They feel good in the Reserve due to the ample quantity of dead wood and old trees. Both the scientists and guests of the Białowieża Forest are very impressed by the variety of species of the local fauna. There is nothing like that in the rest of Europe. Over 11.5 thousand species of animals, including 9.3 thousand species of insects, have already been proven to live here. Coleoptera, Lepidoptera, Dragonflies, Arachnids, Halfwinged, Hymenoptera, Diptera — many species have yet to be studied in detail by scientists. The presence of very old trees in combination with dead wood at different stages of decay throughout the territory of the natural complex provides for a continuous habitat of wood-decay species of fungi and ensures the abundance of such species. A significant number of species of these fungi are rare or very rare, almost extinct due to intensive forestry throughout the Central European Plain. This multiplicity of life testifies to the paramount importance of the Białowieża Forest for endangered species.

Conservation of wildlife for a long time is the main principle of Reserve management. It maintains a unique combination of habitats, species and ecological processes. Natural primeval forest communities with primitive features prevail are under special protection. The ongoing scientific studies of natural processes and biodiversity are carried out in such a way that they do not affect further development of natural ecosystems. Experiments that can lead to irreversible changes in the environment and the occurrence of natural processes, or threaten the unique forms of living organisms and landscapes are unacceptable here. Tourism activities should not affect the natural value of Białowieża Forest. Intensive recreational activities should not concentrate outside the strict protection zone. Only in such a way is it possible to preserve, study, multiply and pass to future generations the unique UNESCO World Heritage Site. Then our children, grandchildren and great-grandchildren will also be able to find out about “majestic perennial oaks”, just like in a famous song.