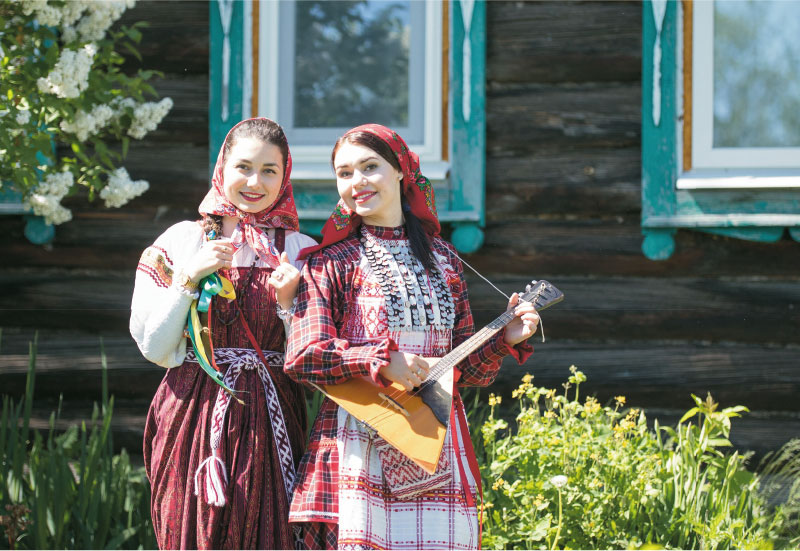 No one has been able to figure out where the name of this musical instrument came from. Balalaika touches millions of hearts in the world and at its mention everyone understands right away that we are talking about Russia.

According to one theory, this word is derived from the Tatar “ball” meaning “child”. According to another — it is of all Russian origin and means to chat, babble, crack jokes. Actually, the very fact of where Balalaika came from to Russia is not clear. Either it came from Tatars during the Tatar-Mongol yoke. Or balalaika was invented inside Russia as a kind of alternative to musical instruments played by Skomorokhs (a sort of traveling Harlequins, Clowns in Russia) and banned by the Church and the State.

Skomorokhs often ridiculed the Clergy in their performances, and it caused Church’s indignation. Finally Patriarch Nikon convinced Czar Alexei Mikhailovich (called the Quietest) to get rid of much hated Skomorokhs.

They were called Domraches or Domra-players because played Domra (variant of the mandolin), a musical instrument with a round body, and other instruments. In 1648, the Czar issued a Decree stating: “It is ordered thereby that any Domra, Surna, Gudok (string instrument played with a bow), Gusli (a sort of small harp), and all sorts of demonic musical instrument are to be seized, destroyed and burned.” And so they did: they seized the instruments from Skomorokhs, took them to the banks of Moscow River and burned them. So it was — repression to Skomorokhs, anathema to instruments.

Than there came Balalaika on the stage of folk life! It had a triangular body and no longer resembled the banned Domra. At that time it was still very far away from performing abroad to show its extraordinary abilities. Balalaika has gained unprecedented popularity within Russia. The middle of the 18th century was the time of the Balalaika’s triumph. Alas, we all have witnessed many times how brilliant success and popularity turned into almost complete oblivion. The same happened with Balalaika. Interest gradually faded away, and until the 19th century, we had heard virtually nothing about this instrument. 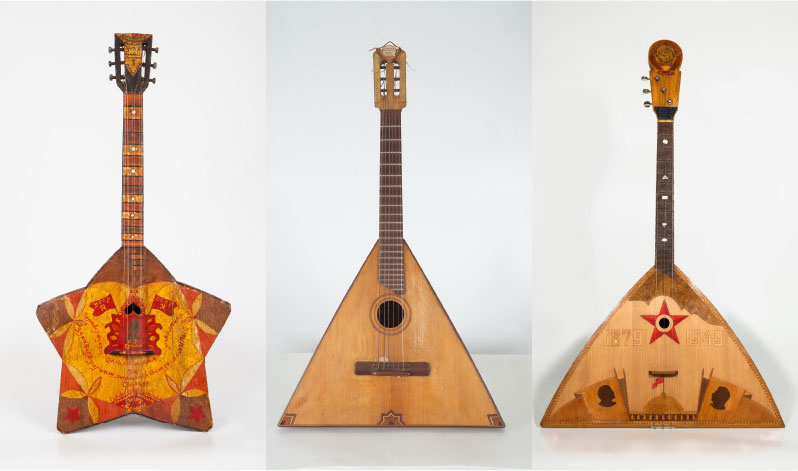 The revival of Balalaika is related to the name of Vasily Andreev. He was born into a Noble family on May 3, 1861 in the city of Bezhetsk, in the Tver Province. From childhood, he loved to listen to local peasants singing folk songs, and later on came also his love for Russian folk instruments.

Visiting the City Fair, Vasily Andreev was always interested in folk musicians playing, often he tried various musical instruments and quickly learned to play them. One day he heard Antip Vasilyev, his hired worker, playing Balalaika. He took this primitive instrument from the worker and tried to play it. The sound captivated him. Later in life, in the house of pharmacist Bayer, he would meet with Alexander Paskin, the leader of Bezhetsk Nobility, who was also known as a virtuoso of playing Balalaika. After listening to his play, Vasily Andreev will forever lose peace.

He decided to improve Balalaika and play it in concerts. Several craftsmen would be involved in the development of a new version of Balalaika. The final would be made by cabinetmaker Semyon Nalimov. Modern music craftsmen consider his Balalaika the gold standard.

The first performance of Balalaika Enthusiast Society, created by Vasily Andreev, took place in the Auditorium of the St. Petersburg Credit Society on March 20, 1888. The success was overwhelming! A little later, the composer Nikolay Fomin created the Great Russian Orchestra, to be headed by Mr. Andreev, that would be applauded all over the world! Nikolay Fomin composed music for the Orchestra and processed melodies sung to him by Mr. Andreev. He turned them into compositions now known as Andreev’s Waltzes, Mazurkas, Polonaises. Andreev did not have a formal musical education and was not a truly professional musician, but he was a brilliant producer who managed to gather talented musicians and artists around himself and create “a new element in music”. That is why Andreev was elected an Honorary Member of the French Academy of Arts.

The victory of the Great Russian Orchestra at the World Exhibition of 1900 in Paris and brilliant performances in different countries are great accomplishments of Vasily Andreev. As well as the fact that through his efforts Balalaika really went to the people — soldiers of the Czarists Army learned to play this instrument. Needless to say, members of the Russian Royal Family played Balalaikas!

In 1904, Andreev met Balalaika player Boris Troyanovsky. Struck by the virtuosity of the musician, Andreev offered him to become a soloist in the Great Russian Orchestra. While Troyanovsky played mainly folk music, Nikolay Osipov played classical music intercepted for Balalaika to the public. The audience was very delighted! Meanwhile Balalaika was played mostly on a hunch, there were no professional traditions. In 1951 when Osipov was already at the zenith of his fame, young Pavel Necheporenko arrived from Leningrad to Moscow. That’s who would get fundamentally involved with playing Balalaika. He would even study hand anatomy to bring the art of playing Balalaika to perfection. After performance in Glasgow, where he played the Franz Liszt’s Hungarian Rhapsody no. 2 written for piano on Balalaika, the audience was frenzied. In the morning one of the newspapers came out with the headline: “Necheporenko is the destroyer of audiences!” Pavel Necheporenko, People’s Artist of the USSR, Laureate of USSR State Prize, developed his own school of Balalaika playing. Most contemporary musicians rely on it.

To this day Balalaika has undergone very few changes not so much in its construction but in its quality. Modern craftsmen have increased the fret range and achieved a more powerful sound. As usual the body is made of Quilted Maple, the deck (front part of the instrument) is made of Spruce, and the neck of Ebony. Proficiency level of modern Balalaika Players has grown incredibly. Their virtuosity is amazing. By the way, in Russia, playing balalaika is taught all the way from a music school to a conservatory. The are musicians playing this instrument in many countries, such as the USA, Sweden, France, Japan, Australia and many others. Serious composers write the most complicated works for Balalaika. There are Mikhail Bronner, Efrem Podgaits Anatoly Kusyakov and others among them. Balalaika is played with Folk, as well as Symphony and Chamber Orchestras. Often it can be found in the most unexpected musical ensembles, including jazz.

Balalaika has entered the territory of popular music. This was started by brilliant Mikhail Rozhkov, who included melodies of pop songs and movie music in his program. Today young people are using the most modern sound effects, phonograms and even electro-Balalaika.

Time and again people who first heard Balalaika, either from a stage or face to face, became its loyal fans. It is because, being in contact with the musical vibrations of Balalaika, which are unusually subtle and incredibly powerful, the soul cannot help but respond, cannot resist pleasure and will always wait for a next meeting with the magical sound of three strings. Only three! 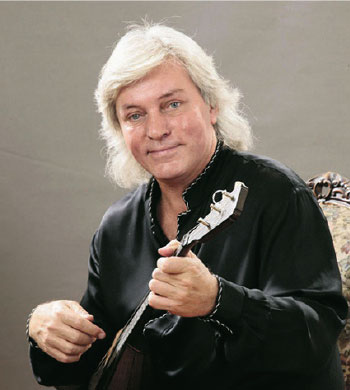 The author of the article is Alexander Marchakovsky. Honored Artist of Russia, famous musician and composer, music editor of numerous television programs, innovator in the original repertoire for Balalaika. Over the years of his bright professional life, Alexander Marchakovsky was able to find specificity, peculiarity and complexity of musical experiments based on the best achievements of the instrumental tradition.