The State Historical Museum is the largest national museum of Russian history. Located in the heart of Moscow, it houses a huge collection of artefacts telling the history of Russia from early times until the late 19th century. 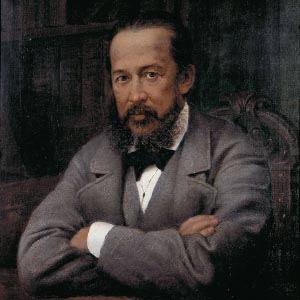 On May 30 (June 11) 1872, the Polytechnic Exhibition opened in Moscow to commemorate the 200th birthday of Peter the Great. The exhibition was held in the Manege and temporary pavilions set up in the Kremlin gardens — in the territory of the modern-day Alexander Gardens, Kremlin Embankment, and Varvarskaya Square. The exhibition consisted of 24 sections, including the historical one. Its exhibits formed the core of the Historical Museum’s collection. Archeologist Alexey Uvarov, the son of Minister of National Education Sergey Uvarov and the founder of the Moscow Archeological Society, was in charge of the Sevastopol section of the Polytechnic Exhibition,
which included examples of ancient and early Christian architecture. In order to restore Russia’s glory after the defeat in the Crimean War (1853–1856), Alexey Uvarov suggested creating a museum of national history — the Historical Museum. Supported by peers, including archeologist and explorer of Moscow Ivan Zabelin, Alexey Uvarov put forth the idea of creating the museum. 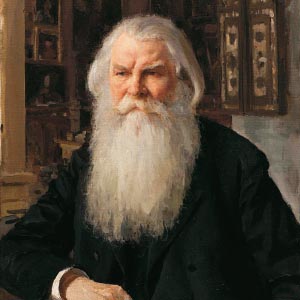 The main purpose of the museum was stated in the Museum’s General Principles in January, 1873 — “collect from all over Russia precious relics of the nation, artefacts and documents of the Russian state, commemorate through images and paintings prominent public figures, luminaries, and crucial events — in a vivid manner help people discover the country’s history”. In 1874, the Moscow State Duma granted a plot of land on Red Square for the construction of the museum building. Designed by architect Vladimir Shewood and engineer Anatoly Semyonov, the building was erected in 1875–1883. The construction dragged on due to the shortage of money — for a long time it was funded by philanthropists and benefactors. The Ministry of Finance stepped in before the coronation of Alexander III. The construction was to be finished in time for the ceremony. On June 2, 1883, the Historical Museum opened its doors to the public.

Alexey Uvarov became the first director and scientific supervisor of the museum. It was his idea to give each exhibition hall the look of the period to which the exhibited objects belonged. Each hall is a true masterpiece and an artefact in itself. For example, the authors of the Novgorod, Vladimir, and Suzdal Halls drew inspiration from Russian architecture, borrowing its most vivid and typical attributes. The ornaments of the archways in the Novgorod Hall (#9) bear a resemblance to the portals of the Cathedral of St. Sophia in Novgorod. And the Vladimir Hall (#10) was inspired by white-stone architecture. Its design is based on the models of the Cathedral of St. Dmitry reliefs and replicas of the Dormition Cathedral murals. The arches of the front anteroom are decorated with the mural “The Family Tree of Russian Monarchs” painted by Foma Toropov. The tree begins with saints Boris and Gleb, Olga and Vladimir and ends with Alexander III, the founder of the museum, and his wife.

From Svyatoslav’s Anthology to Napoleon’s Sword

The museum owed its growing collection to philanthropists and donators: Pyotr Shchukin, Alexey Bakhrushin, Ivan Zabelin, Alexey Uvarov, and many others. Today the collection includes over 5 million objects and more than 14 million documents. Although it is difficult to single out any one exhibit, Svyatoslav’s Anthology is definitely noteworthy. It is one of the oldest handwritten Russian books, and a precious piece of Old Russian. The Apostle published by Ivan Fyodorov is another unique book and the first printed book of the Moscow state that has an exact date. The Blaeu floor globe made in the mid-17th century is one-of-a-kind too. It is noteworthy due to its size (its spherical diameter is 173 cm) and its story. Originally the globe was made for King Charles XI of Sweden. Strapped for cash because of the Great Northern War, Charles XII refused to pay, and following lengthy negotiations between the Russian agent in Amsterdam and Emperor Peter the Great the globe was delivered to Russia. It was passed over to the Historical Museum by the Rumyantsev Museum in 1912.

Napoleon’s sword given to him for the Egyptian campaign is another noteworthy international exhibit. It is not known for sure when or how this remarkable object made its way to Russia. Evidence suggests, however, that before the Russian Civil War the sword was owned by Pyotr Shuvalov’s descendants. It was used during the Civil War, and years later resurfaced in the collection of the Red Army and Fleet Museum and eventually ended up in the Historical Museum.

The Heart of the Capital

Located in the heart of Moscow, the Historical Museum witnessed many important events. For example, the military parade on November 7, 1941 when the regiments passed by the Historical Museum and headed straight for the frontlines… And the triumphant parade of 1945 to honor the winners. Over four years of the Great Patriotic War, the Historical Museum was only closed for a few days — from October 30 to November 6, 1941, when a blast shattered windows and damaged window frames during the bombing of Moscow on October 29.