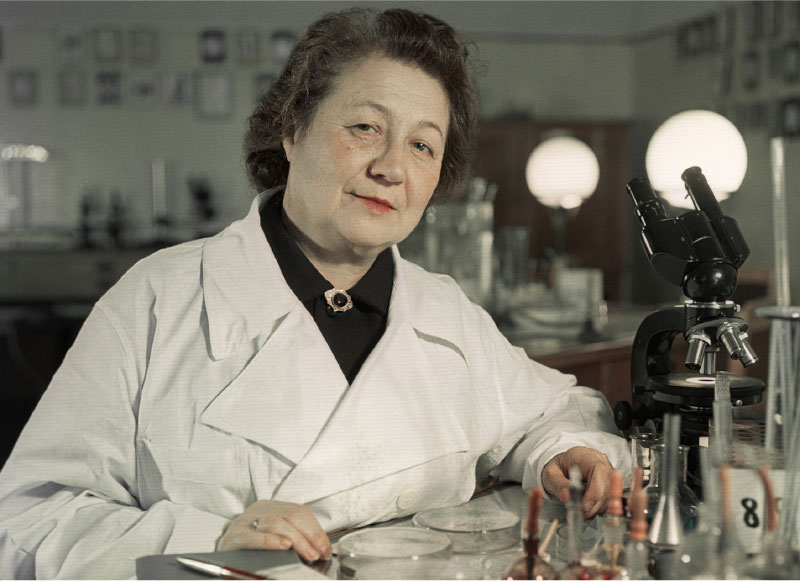 This brilliant woman managed to invent the first antibiotic in Russia and stop the cholera epidemic, saving millions of lives.

Zinaida Ermolyeva was born in 1897. In 1915 she became a student of the medical faculty of the Don University, and after graduation — an assistant at the Department of Microbiology.

In 1922, a cholera epidemic swept through Rostov-on-Don. Investigating the nature of the infection, Yermolyeva conducted a dangerous experimen. She drank a liquid with bacteria isolated from tap water, similar in properties to cholera. After 18 hours, Zinaida fell ill, but the young body coped. As a result of the experiment, Ermolyeva was able to identify pathogenic bacteria that can be used as a vaccine, and suggested chlorinating drinking water. In 1925 she moved to Moscow, where she continued her research within the walls of the Biochemical Institute. In 1939 with a group of medical scientists, she tried to stop the spread of cholera in Afghanistan, where she invented a high efficiency drug. Zinaida Ermolyeva returned home having become a professor.

In the midst of the Great Patriotic War, Yermolyeva established the production of cholera bacteriophage in Stalingrad. The vaccine was given to 50,000 people daily and the disease subsided. Observing the wounded soldiers, the microbiologist understood that they were dying not from wounds received in battle, but from blood poisoning. In 1942, with a team of scientists, Zinaida Yermolyeva began creating a first domestic antibiotic. A few months later, from a mold scraped off the walls of bomb shelters near Moscow, a drug similar to penicillin was obtained named Krustozin. The first clinical trials were conducted on seriously wounded soldiers, and the results exceeded all expectations. “The result was amazing! Hopeless patients survived and not a single leg amputated,” Yermolyeva recalled. Soon the production of an antibiotic was launched, which cured hundreds of thousands of Soviet soldiers.

Zinaida Ermolyeva devoted her whole life to science, working on the creation of new drugs. She became “Madame Penicillin” with the help of American colleague Howard Walter Flory, who had flown to the Soviet Union back in 1944 to test and compare two antibiotics.

Zinaida Ermolyeva passed away on December 2, 1974, having managed to hold her last scientific conference on that day.